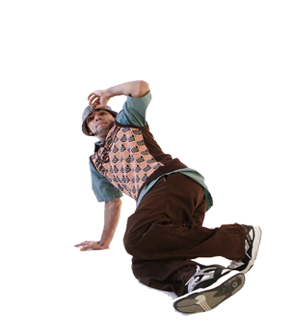 BluePrintForLife is considered one of the worlds leading companies using HipHop as both a community development tool and as a model for alternative education and healing.

BluePrintForLife (www.blueprintforlife.ca) offers dynamic, culturally appropriate programs designed for youth that are founded on HipHop, rooted in traditional culture, and centered on community needs. Their programming has also been successfully adapted to meet the needs of youth in Canadas inner cities, working with youth at risk and newly immigrated families to Canada. In 2014 Blueprint Pathways (a national non profit) was formed and they were awarded $500,000.00 from Justice Canada to expand their work with incarcerated and gang involved youth.

These programs presently include:

Specialized programming has also been developed in partnerships with the Kativik Municipal Housing Board to reduce vandalism, and healing programs with Pauktuutit (National Inuit Womens Association) The programming typically consists of intensive 5-day workshops that become the school curriculum for the entire week in remote arctic communities and in Canadas inner cities. HipHop is used as a powerful engagement tool to deal with complex issues such as family violence, sexual abuse, anger management, drugs and alcohol and suicide. Our programs explore the positive elements of HipHop while providing youth with a survival toolkit, which celebrates traditional cultural values and provides important leadership skills.

The approach of BluePrintForLifes programming is appealing to youth and is community focused. We have impacted approximately 5000 youth in over 100 projects carried out in First Nations and Inuit communities, as well as Canadas Inner cities. The demand for the program is immense and the benefit is not only heard in the voices of the youth themselves, but from elders, teachers, law enforcement agencies, government officials, public health and social workers.